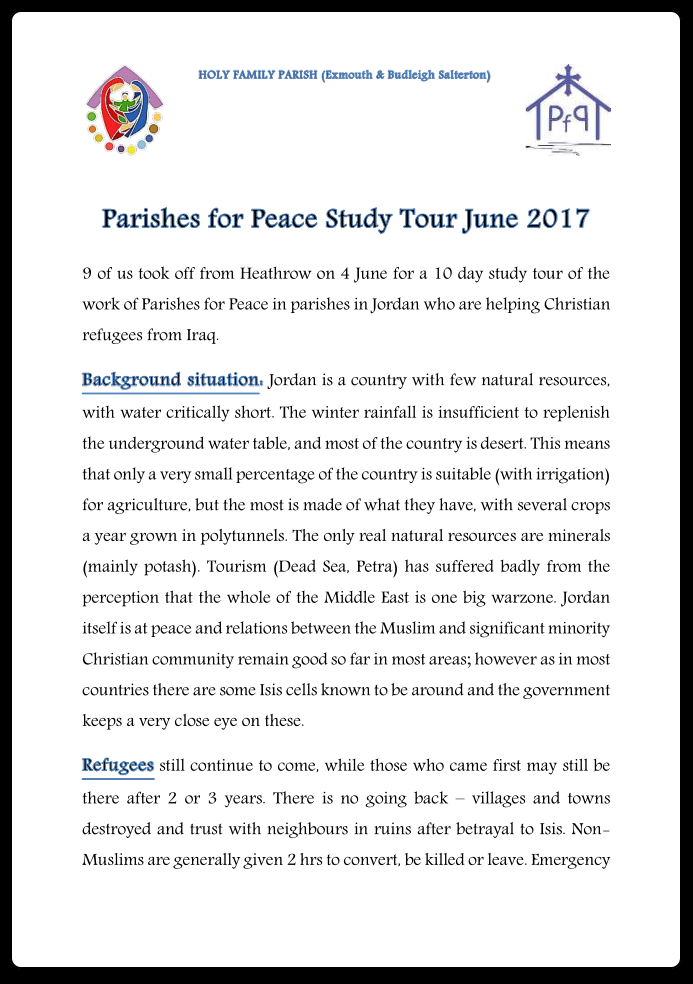 9 of us took off from Heathrow on 4 June for a 10 day study tour of the work of Parishes for Peace in parishes in Jordan who are helping Christian refugees from Iraq.

Jordan is a country with few natural resources, with water critically short. The winter rainfall is insufficient to replenish the underground water table, and most of the country is desert. This means that only a very small percentage of the country is suitable (with irrigation) for agriculture, but the most is made of what they have, with several crops a year grown in polytunnels. The only real natural resources are minerals (mainly potash). Tourism (Dead Sea, Petra) has suffered badly from the perception that the whole of the Middle East is one big warzone. Jordan itself is at peace and relations between the Muslim and significant minority Christian community remain good so far in most areas; however as in most countries there are some Isis cells known to be around and the government keeps a very close eye on these. 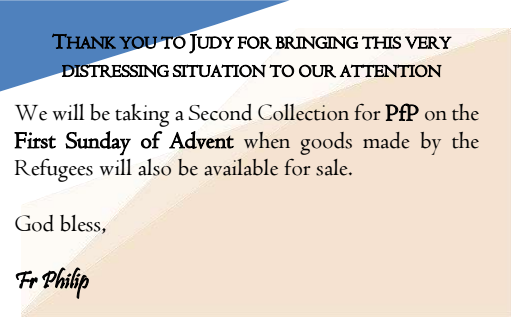