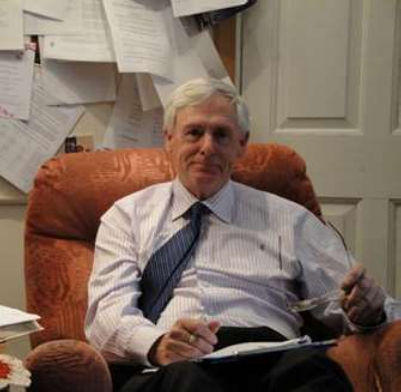 Fr. Nick King S.J is a lecturer at Oxford University. He is a well-respected  New  Testament scholar who has translated every book of the Bible and a wonderful speaker. We were delighted to welcome him here to hear him talk about ‘Hospitality in Luke’. The hall was packed with standing room left only as Fr. Nick talked to a very captive audience. Entry was free and people were invited to bring a donation to Exmouth Food Bank. We were delighted with the response and many bags of food were delivered to those less fortunate than ourselves.

When Nicholas King’s translation of the New Testament was published in 2004, it was greeted with huge acclaim by Church leaders, critics and readers. Rowan Williams – then Archbishop of Canterbury – described it as “a fine and quite distinctive addition to the ranks of Scripture translations”; Cardinal Cormac Murphy O’Connor, Emeritus Archbishop of Westminster, commented on the “raw power that the first Christians experienced when they heard or read these documents”; and Archbishop Desmond Tutu said the translation was “wonderfully refreshing, like a splash of cold water on one’s face “.. Nicholas King’s fresh rendering of the Old Testament is not only innovative, but also illuminating; it will also strengthen the faith of readers.”