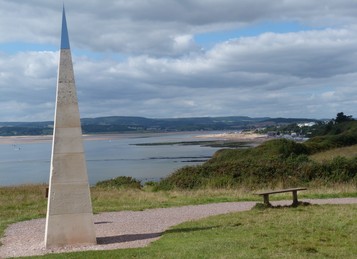 Saturday 15 August 2015:- a wonderful, sunny morning (very welcome after two days of heavy rain) and we lined up on the steps of Holy Ghost, ready to put our best foot forward to raise money for the Myanmar Egg Project. Following the great success of the Easter Egg challenge, the Union of Catholic Mothers wanted to do something to raise further funds for this really deserving cause, which provides essential nutrition for children.

Eileen Jenkins, UCM member and keen walker, offered to undertake a sponsored walk from Exmouth to Budleigh Salterton and back. The idea appealed so much that Eileen was joined by several UCM members (Mary Chaplin, Theresa Hearn , Siobhan Canham and their valiant spouses) , and a number of other parishioners, including some from Budleigh. A visiting family of five (a Dad and four kids) were a welcome addition, and meant Walkers ranged in age from 6 – 60+. 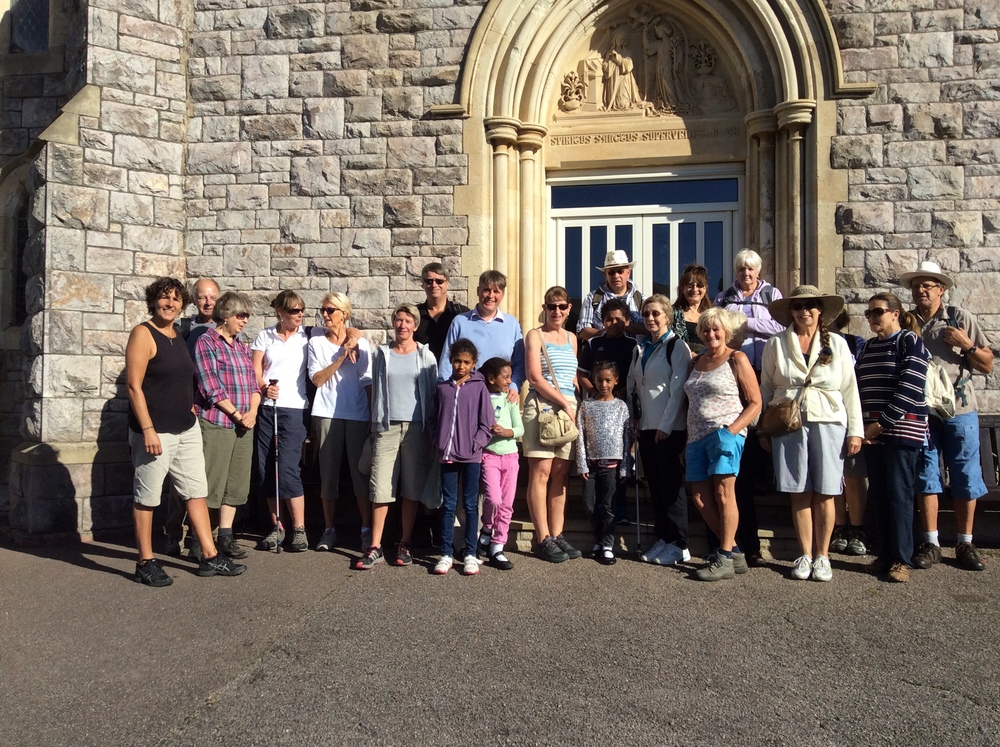 We set off shortly after 9 am, and in a very short time we were wending our way along the South West coastal path. One steep slope and a short while later we were at Orcombe Point Geo needle and the visibility was fantastic. As one parishioner commented “I don’t know why we don’t do this more often. We have such lovely views here.”

On again, and the occasional logjam as 25 people tried to negotiate the rather muddy sections of path without falling over or sinking into the mire, but we were soon striding along towards Sandy Bay. Some of us had forgotten just how up and down that wonderful coastal path is (!), but before too long we had made it to Sandy Bay, and were enjoying a well-earned cup of tea/coffee while taking it in the sparkling blue sea.

Off again, and the going got just a little bit tougher on stony, steep paths, with the group becoming rather strung out, but no one could get lost until the final fork. In true girl guide fashion, arrows were made with ferns and branches to indicate the preferred option. Walking speeds varied considerably, with one longshanks arriving in Budleigh at 11.35 am but everyone made it eventually to St Peter, Prince of Apostles where we enjoyed refreshments provided by the UCM and ate our packed lunches.

Some chose to return by bus, but others set off again to walk back to Exmouth via the cycle path and the disused railway, ( a pleasant walk and considerably flatter) to turn up at Holy Ghost to enjoy more refreshments provided again by UCM members.

Thanks to the many and generous sponsors this walk raised over £800.00. Well done to walkers, caterers and sponsors and thanks to the UCM for such a great fund-raising idea.