World Youth Day is now the largest youth gathering in the world. It was started by St. John Paul II and occurs every three or four years. This year I was lucky enough to be a participant in Krakow, a beautiful small city in Poland.
Personally I wanted to go so that I could meet other young Catholics like myself and feel reassured that I am not the only one! It is when you find yourself chanting ‘Papa Francesco’ at the top of your voice with thousands and thousands of other young people of all nationalities from across the world that you realise how alive the church actually is.
Before setting off, a lot of fundraising was involved, and we had three formation days, in Exeter & Bristol. I travelled to Poland with a group of 90 excited pilgrims from the Diocese’s of Plymouth and Clifton but even after the three formation days I still felt like I knew only a few people, so I was terrified. 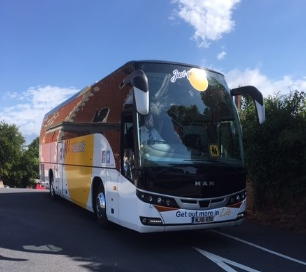 As I jumped on the coach and we left Exeter, I was filled with mixed emotions. As well as the immense excitement, I was incredibly apprehensive too as I didn’t know what to expect. I can’t tell you how relieved I was to arrive at our little hotel on the outskirts of Krakow, some 30 hours later! We were grubby, hungry and exhausted and so pleased to get off the coach! The hotel was basic but the staff were lovely, patient and very tolerant – putting up with 90 of us singing loudly isn’t easy for everyone! We were soon joined by another 200 pilgrims from Buffalo New York, so trying to use the WiFi was difficult as everyone was trying to upload their day’s photos to social media! 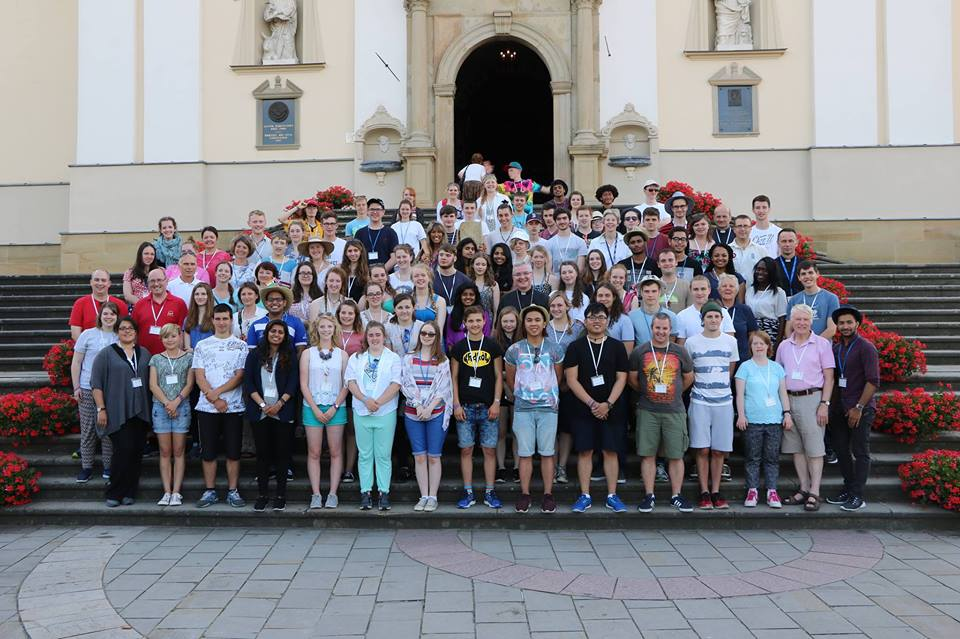 We arrived in Krakow ahead of some of the other groups from around the world so were lucky enough to see many of the sites, when it wasn’t so busy, including the Divine Mercy Shrine. We were soon however joined by millions of red, yellow and blue decked pilgrims – the colours of our World Youth Day rucksacks and Krakow was full to bursting point. 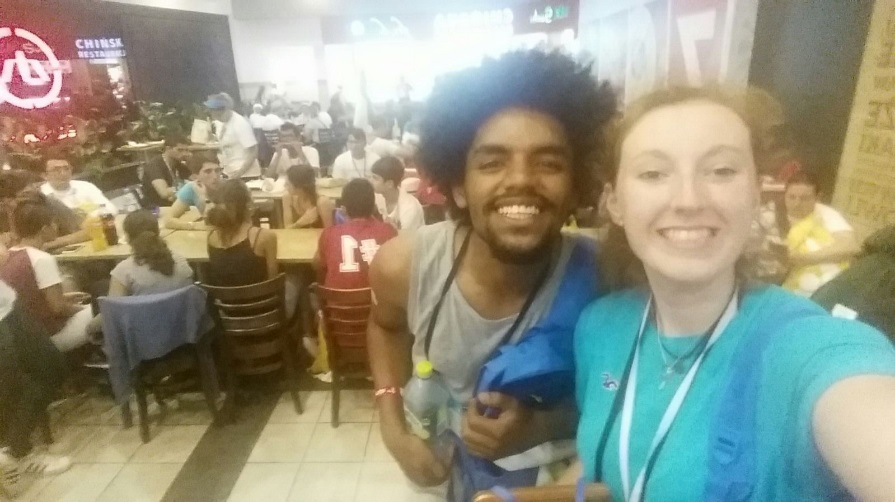 The food was ‘interesting’. I can’t say that I am a fan of Polish dumplings, but at least I tried them! During WYD, pilgrims are given food vouchers which can be exchanged at participating food outlets. However we soon discovered that it wasn’t always worth queuing for 2 hours to use the vouchers so sometimes we resorted to buying our meals at other places. Nutritionally speaking we may have lacked some of the basics (!) but we certainly had great fun. In a KFC restaurant there was a memorable volume battle between the Italians and the French and I queued for 2 hours in a deafening line while chatting to Lucas, a really friendly Brazilian volunteer.
On one occasion our group of 12 ventured into a small supermarket and were greeted by lovely staff who wanted a photo with our group & our flag. None of them spoke English but we communicated anyway! They promptly left all the checkouts to have a photo outside the shop and then gave us all a big bar of chocolate each! 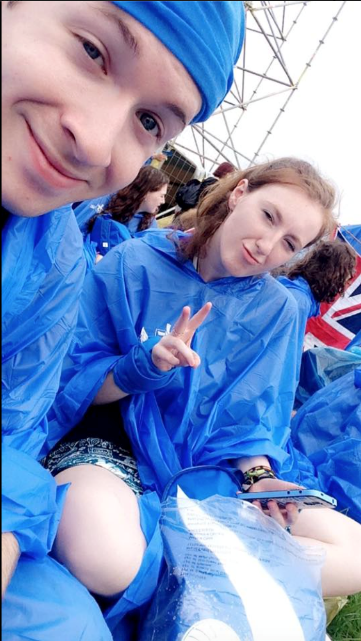 The weather was variable, always extremely hot but as a consequence there were a few occasions when the heavens opened. I laughed when I opened my WYD pack to find a waterproof (or not so waterproof as it turned out) poncho – but it turned out to be a life saver.
The day of the vigil with Pope Francis saw the temperatures soar and it certainly felt the hottest day. Our group crammed onto a bursting tram and travelled to the end of the line before starting a 6.5km walk to the vigil site. It was horrendously hot but at the 5km mark a Polish local man in his garden, unreeled his garden hose and soaked us, cooling us down before we carried on to complete the final leg. We collapsed at the entrance to the vigil site, campus misericordia krakow, only to discover that it was huge and we still had to trek another kilometre before reaching our sector. Despite arriving quite early, some 7 hours after we left the hotel, there was very limited space for us in our allocated sector, among the 2.6 million other young pilgrims, so our group of 90 were scattered. It was a kaleidoscope of nationalities, with flags from every country being worn and waved by the millions and it was truly awesome.
I have so many memories:- sitting in parks in small groups, talking Trump with the Americans, meeting Sr Assunta from Assisi at the welcome mass, the monks on roller blades; nun spotting games; having evening prayer at a tram stop; trying to sing the WYD song but finding it difficult as it was all in Polish; swapping gifts with people from all nations; getting an Italian baseball cap in exchange for mine; starting to sing a song on the tram and managing to get the whole tram load singing with me; waking up to a Sister Act song playing at full blast at 6.00am on the vigil site; visiting St. John Paul II home in Wadowice; the total joy of the millions of pilgrims and being interviewed by Polish TV! 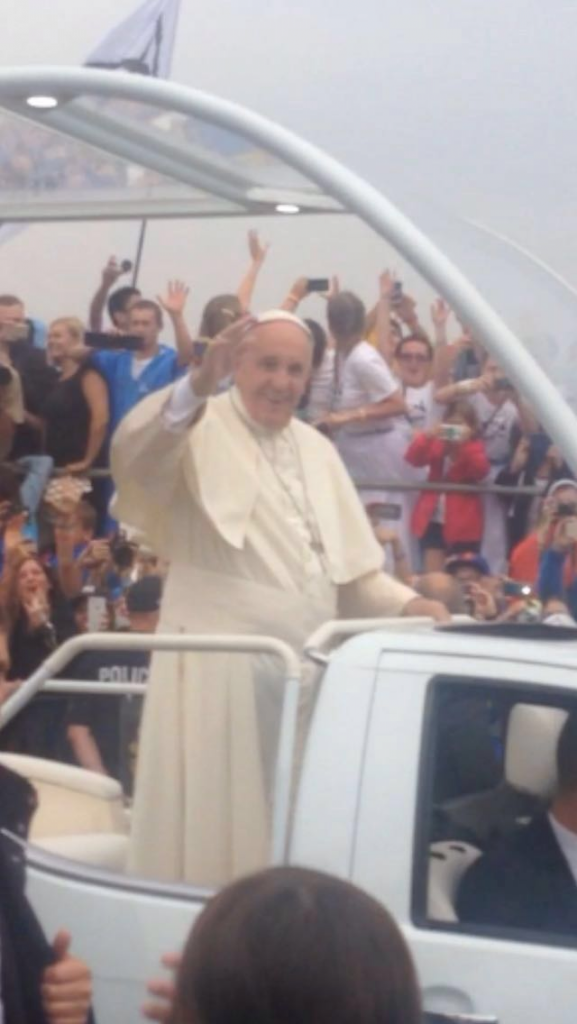 I got so close to Pope Francis on two occasions – one completely unexpectedly when he drove past me in his VW Golf and waved at me! Thirty minutes later I unexpectedly bumped into Sr. Assunta again at a tram stop on the outskirts of Krakow. She was talking to her group of young people and turned to me in surprise saying ‘really Elisabeth – again!’
I laughed hysterically in the Tauron Arena (where daily ‘English speaking’ catechesis took place) as we took time out in the Vocations Cafe, and an American leader joked that we couldn’t be Catholic as we were having too much fun!!
I was moved to tears when we visited Auschwitz Concentration Camp where we remembered Saint Maximilian Kolbe who gave his life in exchange for a prisoner, and the men, women and children who lost their lives there. 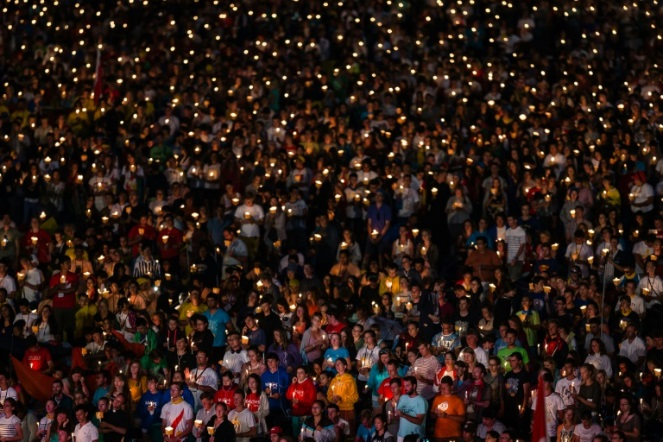 One of the most prayerful times was when Pope Francis lit his candle in the dark and then all the pilgrims lit their candles from the one light, which spread across the darkness of Campus Misericordia. We kneeled in an awesome silence in adoration of the Blessed Sacrament which the majority of pilgrims couldn’t see but could feel the presence.
Later millions sang, danced and waved flags together before trying mostly unsuccessfully to get some sleep under the stars. We had only sleeping bags and little food and water but I will never forget the atmosphere. 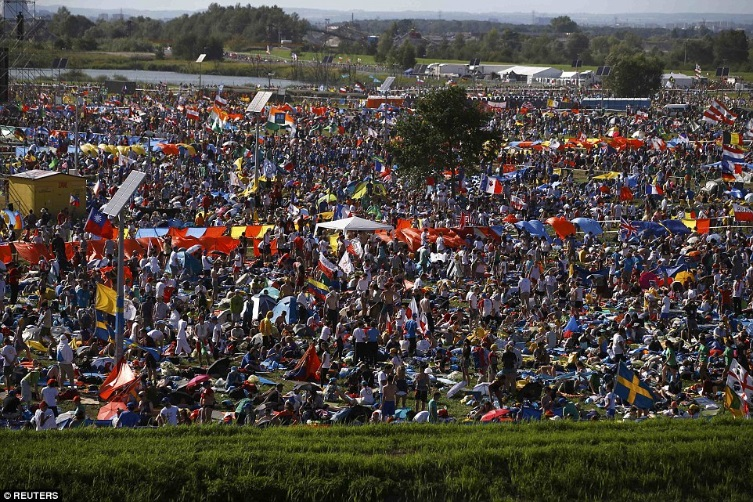 I have so many people to thank: the many parishioners from our parish of the Holy Family for their encouragement, prayers and for helping fundraise for the young people of our Diocese;  the organisers and support from people at St. Boniface House; the group leaders who looked out for us and shepherded us around; the Girl’s Adventure Trust for their generous sponsorship; all my new friends from the Diocese of Plymouth and Clifton because we took care of each other; Fr. Piotr for translating for us at the big events and for taking us to the Seminary; Bishop Mark for taking the time to be with us and for celebrating mass for us and to Fr. Philip for encouraging me to go in the first place – and for giving me his flag to take with me (which I swapped at the vigil with a pilgrim from Brazil!)   Thank you everyone!
At the final Mass, Pope Francis told us that “World Youth Day begins today and continues tomorrow, in your homes, since that is where Jesus wants to meet you from now on.”
Then to much excitement, before leaving he announced that the next WYD will be in 2019 in Panama – I can’t wait and am praying that I will be lucky enough to join a group again or maybe even go as a volunteer. Pope Francis told us not to be afraid. He said;
‘People may judge you to be dreamers, because you believe in a new humanity, one that rejects hatred between peoples, one that refuses to see borders as barriers and can cherish its own traditions without being self-centered or small-minded. Don’t be discouraged: with a smile and open arms, you proclaim hope and you are a blessing for our one human family, which here you represent so beautifully! 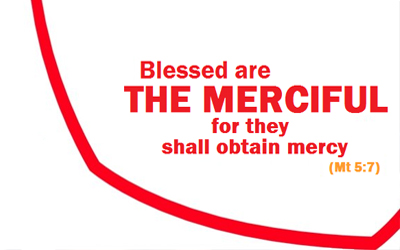 I certainly saw loads of smiles, and we were one global family, a massive Catholic church and we left Krakow different people. On my way to Krakow I was apprehensive; on my return I was more confident, and excited about the future – and our lovely group is already planning a big reunion in October! I can’t wait!