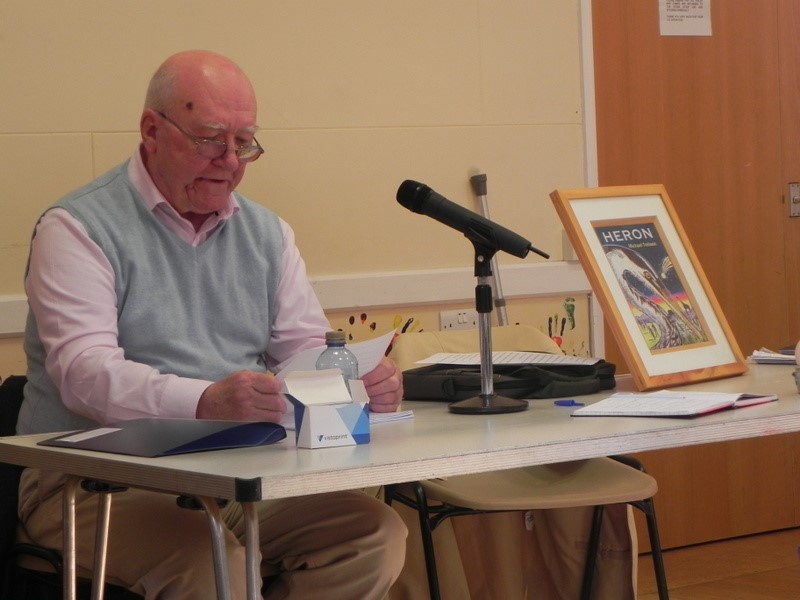 For our first meeting in March we greeted Michael McLarnon, a local writer and poet (and co-incidentally husband to UCM member Brenda). Michael read for us a selection of his prose written within the last few years and draws on his personal experiences and emotions. The selection included a variety of humorous, thought-provoking, reflective and insightful poems which held us in thrall of his art and style. He joined a writer’s group several years ago and has published 3 books online. He intends to add to his repertoire by publishing a book of some of his poems using the same online publishing platform.

He concluded by reading part of one of his 3 books ‘Heron’ written under his Nom De Plume Michael Trelissic (in acknowledgement of his admiration of Trelissick Gardens in Cornwall). His books are available online with several ebook retailers.

After the readings Michael answered questions and joined us for tea and chocolate biscuits.