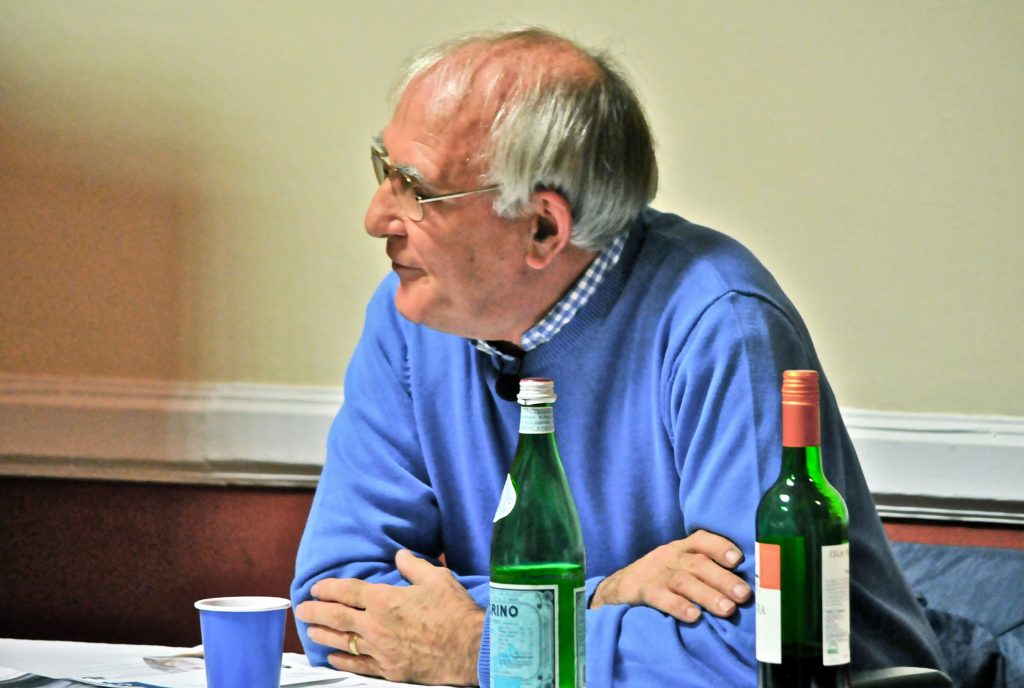 Fifty Parishioners gathered together in Holy Ghost Church Hall last Friday evening (some to see the beautiful centenary windows lit-up against the darkening sky for the first time!).

Father Philip welcomed us with a blessing, and then we were encouraged to enjoy our prawn cocktail ‘starter’ – which was a pink shrimp confection!

Fish, chips and mushy peas arrived from ‘Krispies’ and we all tucked in, supped, chatted at our tables, and bought raffle tickets.

Then it was time for our most interesting and amusing talk from meteorological expert, Mr. Neville Simmons, who has been forecasting for 47 years, longer than anyone else at the Met Office, now based in Exeter. He admitted to being a 10 year old ‘geek’ building his own weather station, which he would check on twice a day; so his interest was from a very early age.

Neville took us through the beginnings of weather forecasting, when as an emerging science, visibility and distance were measured using balloons, to our present day sophisticated devises, which can reasonably forecast up to 5 days in advance.

He specialised in aviation forecasting and his work took him and his wife Bernadette (Bernie to us) to other parts of the UK, Gibraltar, and more than once to Germany. They settled here in Exmouth and Neville is now semi-retired, but his ambition is to clock-up his half century as a weather forecaster!

It was interesting to be told that exactly the same information goes out from the Met Office to all suppliers, who then interpret it in their own way, which is why different TV channels will sometimes have conflicting forecasts.