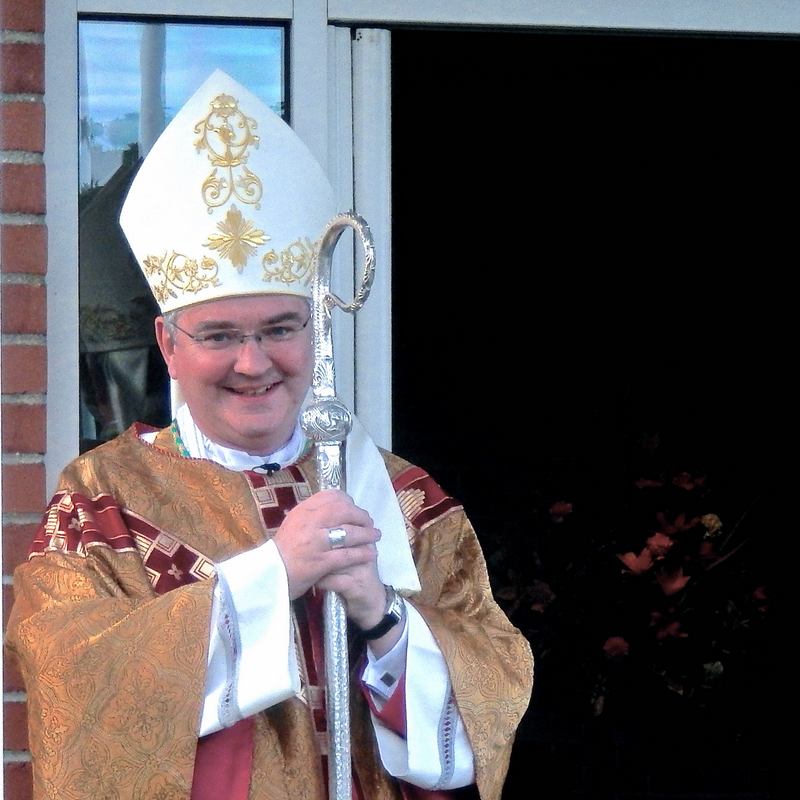 There were fireworks over the Holy Ghost Catholic Church, Exmouth on Wednesday 6th May 2015 to celebrate the Consecration of this beautiful Gothic Revival church one hundred years ago in 1915.

Two masses were held, one in the morning with the children of St Joseph’s Catholic Primary School. In the evening the Bishop of Plymouth celebrated a mass for the Parish and invited guests from the wider community and afterwards there were refreshments for everyone in the hall.

These masses were the culmination of the last twelve months when there has been a series of celebrations, many with a “100” theme, to mark a century of continuing Catholic community and worship.

The first event, in May last year, was the installation of a specially commissioned window, by artist Stewart Low, which for twelve months has shone out from the church like a beacon. One hundred ‘light-catchers’, made from the windows it replaced, allowing parishioners to take home a piece of church history. Early June saw a concert by children from St Joseph’s Catholic Primary School, Exmouth, shortly followed by a Parish Hog Roast, with old and young dancing to live music. In July came a very large-scale picnic party for one hundred children baptised in the Holy Ghost church. For those not so young, there was a celebratory cream tea and organ recital, with one hundred senior citizens invited from the Holy Ghost and other churches and organisations in Exmouth. One hundred sweet peas, beautifully displayed in commemorative glass jars, graced the church in the summer. Whilst in autumn, nearly a hundred scarecrows of all shapes and sizes, made by St Joseph’s school children, decorated the church gardens for the Harvest Fayre. The most recent event, on 18 April, celebrated one hundred years of Holy Ghost weddings, as couples who had been married there were invited to a special Mass at which they, and many others, renewed their wedding vows.

Amidst the festivities, there were more contemplative events. In July, 36 parishioners went on pilgrimage to Asissi, home of St Francis, and in October and March, a number of speakers gave parishioners “Food for Thought” on what it means to really live the Christian message today. The talks were free, with participants making donations to the Exmouth Food Bank. In early 2015, newly created prayer groups considered questions of personal spirituality and the place of the Church in the wider community.

In the last week of the centenary year, the Holy Ghost church has been open to all for a Celebration of Flowers and Memories, with the altar adorned as it appeared one hundred years ago.