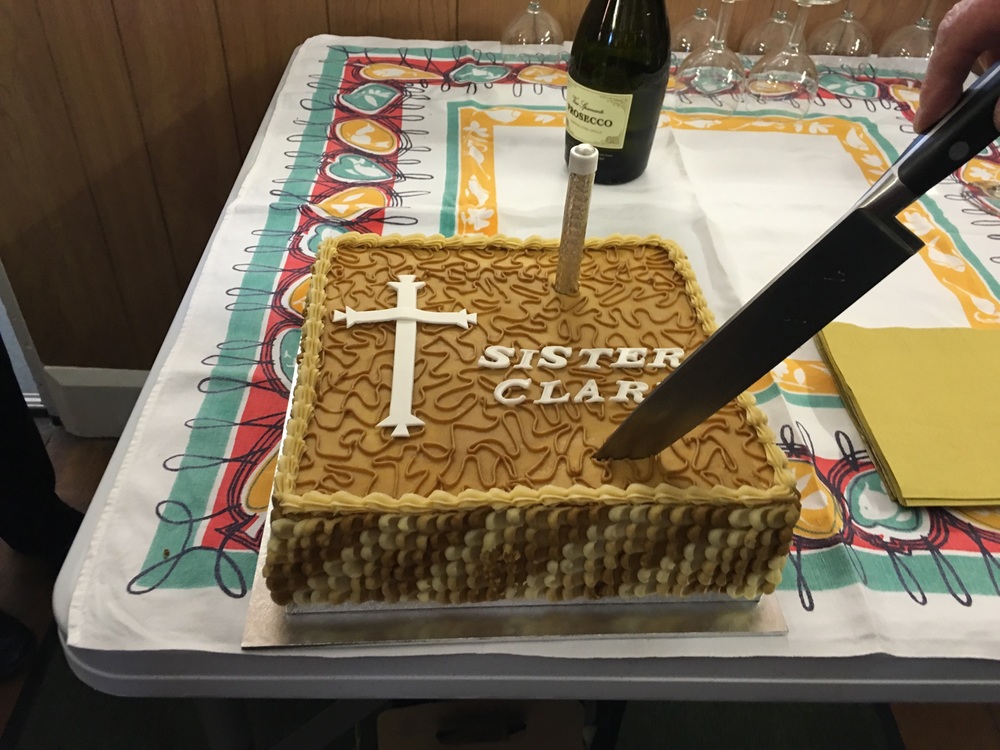 Our church of St Peter, Prince of Apostles, was well filled for a double celebration last week.

As reported in the Exmouth Journal a few weeks ago, the Roman Catholic Parishes of Exmouth, founded in 1887, and Budleigh Salterton, founded in 1923, have now been joined to form the Parish of The Holy Family.
Mass was celebrated to give thanks for the life of the two separate Parishes over many years. It was also an occasion for the Parish Priest, Father Philip Austen, and the people of the new Parish to commit themselves to their life and witness together.
Celebrations continued after the Mass with a delightful informal reception when Sister Clare was warmly congratulated on the Golden Jubilee of her Profession to the Religious Life in the Order of the Sisters of the Holy Family which was founded 200 years ago.

Sister Clare Hookway was thanked for the example of Christian love she continues to show in the Church and community. She was given a beautifully decorated Anniversary cake which she cut and shared with members of the congregations of the Holy Ghost and St Peter’s who form the new Parish. 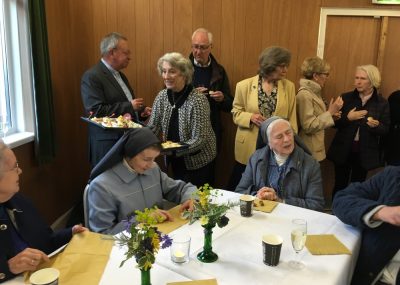 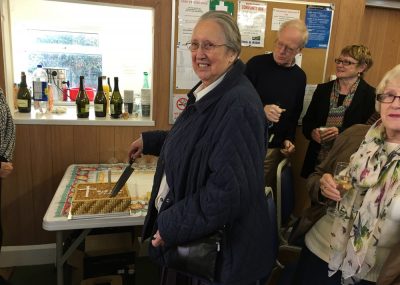