On the 11th hour of the 11th day of the 11th month in 1918, after more than four years of conflict, the guns on the Western Front fell silent. 100 years later, on November 11th 2018 the end of the war was marked in the UK and Overseas by a day of Commemorative events to pay tribute to millions killed or wounded in battle. 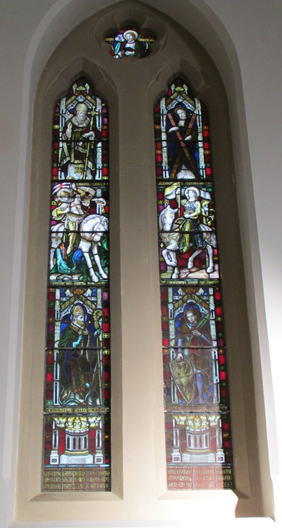 On the evening of Armistice Day parishioners of Holy Family Parish gathered in Holy Ghost Church Exmouth for a service to commemorate the Centenary of the end of the First World War.

Outside the Church, a large cross of poppies lay on the ground surrounded by four red votive candles. The church itself was in half- darkness except for some tall white candles lighting up the ambo and six red votive candles high above the tabernacle. Five red votive candles also illuminated the First World War stained glass window on the right hand side of the church.

At 7pm the congregation stood as three young altar servers dressed in their Air Training Corps and Sea Cadet uniforms slow-marched down the aisle along with Major John Dawson who was wearing military medals. These were followed by Father Philip who wore a purple cope as this was a service to remember the war dead.

The service started with a reading from the Book of Sirach. This poem is a prelude to the hymn ‘The Praise of the Ancestors’ which commends different kinds of heroes. In the poem Sirach pays tribute to men both for their abilities and their goodness and he emphasises the necessity of piety and righteousness in order to gain eternal glory.

During the four years of war the ringing of church bells was restricted. After the Armistice was declared bells were rung freely again both to announce and celebrate the news that the war was over and also to call people to church to give thanks. At 7.05pm on November 11th 2018 thousands of churches and cathedrals across the country including Holy Ghost Church rang their bells in celebration of peace and also to echo the outpouring of relief and joy that had taken place 100 years earlier. During the ringing of the bell a poem by Alfred, Lord Tennyson entitled ‘In Memoriam Ring out, wild bells’ was read. The main theme of this poem is renewal and in it Tennyson ponders on how individuals and mankind as a whole can make a fresh start and the different ways the world can change for the better.

When the bell was silenced the congregation then listened to a hymn written and recorded by Mike Stanley entitled ‘We will Remember (Armistice)’. Sitting in the quiet of the darkened church the song which begins with the haunting words

Those who have fallen from our sight
Who rest in the heart of God
Lest we forget the price you paid
We will remember you. 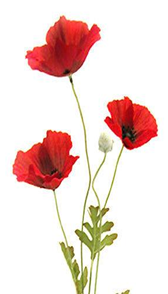 Father Philip then read a prayer for peace asking that we might ‘put our trust in the power of good to overcome evil and the power of love to overcome hatred’. After this prayer the congregation sang the hymn “Dear Lord and Father of Mankind”. The service then continued with Compline (Night Prayer) and ended with the beautiful medieval hymn “Salve Regina” an anthem to Our Lady imploring her for help and prayers on our behalf.

The service was well attended by both older parishioners and family groups with young children and was a very moving tribute to the millions killed or injured in the war. The quietness and darkness was conducive to reflection and gave the congregation an opportunity to remember those involved in the conflict and also to thank them for the immense sacrifice that they made.